Explanation of the Lakota Medicine Wheel

My people, the Oglala Lakota, like other Native American Tribes, viewed life around them as very wakan, Sacred. The circle was seen as the basis for every part of human and animal life, the earth and sky around us, and even the universe and stars.
The circle is also seen in other everyday life journeys; the nests made by the birds and even the whirling winds that travels the earth (Black Elk). Because the circle is considered so sacred, the Lakota belief is centered on this. One of the most common, and recognizable symbols used is the Medicine Wheel. However, many people do not understand the significance of this symbol to my people.

Elements of the Lakota Medicine Wheel

The belief is that all things good are within the sacred circle and through the Medicine Wheel, it teaches us about the Seasons, Life, Animals Nations and the Direction. These are the four parts of the Medicine Wheel, plus the center representing the Earth and Sky. Each Direction of North, South Each and West encompasses the teaching of life for each individual and their place in society.

WEST (Color Black) Spring:
Four Stages of Man: Infancy– A child is considered sacred and before birth they have a strong connection to the spirit world. Upon entering this life, and having their umbilical cord cut, they lose this sacred connection. This is why Lakota put a part of the child’s umbilical cord into a beaded pouch, so they are able to reconnect to this sacred world. A child is honesty and truth. 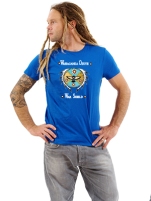 Value : Generosity – The West is associated with generosity and this value to held in great esteem by individuals. Generosity can be shown in a number of ways, like sharing your food with a visitor, or those less fortunate.

NORTH (Color Red) Summer:
Four Stages of Man: Youth- A young person’s life was surround by teachers, those that would teach them basic skills like hunting and providing for the family, through to learning the knowledge of spiritual matters and their place in society. It would be through this time that a young man or women would go through special ceremonies that would set them on the journey to manhood or womanhood. These ceremonies are still practised on the Reservation today and are still held in high esteem by both young and old.

Animal : Buffalo – The buffalo was considered a relative of the Lakota. It provided the people with food, shelter and ceremony. It was believed that long ago when the Lakota first walked on the earth, it was the Buffalo that sacrificed itself for the people when they were starving. This is why the buffalo is regarded as very sacred.
Value : Fortitude – The North is associated with fortitude and this value can be seen in the ancestors, who fought to keep their lands and lifestyle, through to many Native Americans today, who are fighting to keep their culture and beliefs in a very different world.
EAST (Color Yellow) Fall:
Four Stages of Man: Adulthood- Certain ceremonies are performed during this stage as well. This is a time when the adult is respected for his deeds and accomplishments. Accomplishments may have been in battle, hunting, or for a women beading and making sure men were fed. Today, this stage may include education, providing for the family through food on the table, roof over their heads and being a good example for the children. 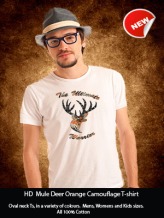 Animal : Deer – The Deer was considered a mystical being with great powers. Lakota see the deer, especially the black tail deer as very (wakan) holy.
Value : Respect – The East is associated with respect and this is a time when a person’s accomplishments are looked at and the due respect is given. Also, in modern day it can be a time when the a Lakota can reflect on their own belief systems and pay respects to their traditional way of life.

SOUTH (Color White) Winter:
Four Stages of Man: Elder– This is a time when the wisdom of age is reflected. In Lakota Society, an elder is not forgotten, but holds a central in all aspects of our culture; teaching, keeping the ceremonies and traditional ways alive.
Animal : Owl – The Owl is the messenger, and all things that the Lakota use for medicines come from the south. 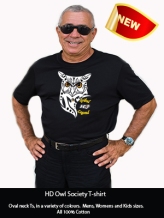 Value : Wisdom – The South is associated with wisdom. “You become an elder when you understand the culture and the way of life…” (Robert Two Crow – 1999). It is this wisdom of the elders that keeps our traditions alive and keeps the Lakota Nation, and all its children, strong and centered in the Lakota ways; the way of the human beings.

Thank You for your time Kola (Friend)

Have a Great Day

4 comments on “Explanation of the Lakota Medicine Wheel”

Travel Tales With A Twist

n. frugality; the quality of being economical with money or food.